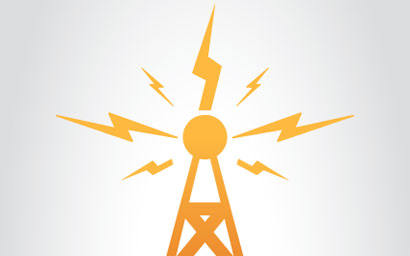 More than 400 limited partnerships have been created since Luxembourg introduced a new, Anglo-Saxon-style structure in a bid to attract alternative funds. David Stevenson looks at the Grand Duchy’s place as a service centre for this category of investor.

“I would say that is a gross exaggeration,” says Jonathan Blake, partner at law firm King & Wood Mallesons, in response to the suggestion that Luxembourg is becoming a major centre for alternative investment funds.

Blake is based in London, but there are many in the Luxembourg funds industry who point to recent changes in legislation aimed at letting the Grand Duchy broaden its fund processing capability. The goal is to add alternative investment fund expertise to its market-leading position in mainstream Ucits funds.

In a report by consulting firm Oliver Wyman last year, a breakdown appears of the leading jurisdictions for various funds. It shows that, while the Cayman Islands and Delaware remain dominant in their respective areas of alternative fund processing, the introduction of the Alternative Investment Fund Managers Directive (AIFMD) has boosted EU fund jurisdictions such as Luxembourg since it was implemented in July 2013.

After the introduction of AIFMD, the EU-wide passporting concept for alternative investment funds that was previously only available for Ucits funds has been extended. It allows EU-domiciled managers to market authorised funds across the EU, and while Ucits has been a huge success for Luxembourg, it is hoped that non-Ucits private equity, real estate and hedge funds will follow suit.

To bolster its alternative services capability, one of the biggest initiatives Luxembourg has done is reform its limited partnership rules. Last year, the country introduced the Société en Commandite Spéciale (SCSp) structure and, since the legislation was introduced, there have been 419 SCSps formed in Luxembourg. This is apparently due to investors’ comfort with the new structure’s Anglo-Saxon legal characteristics. 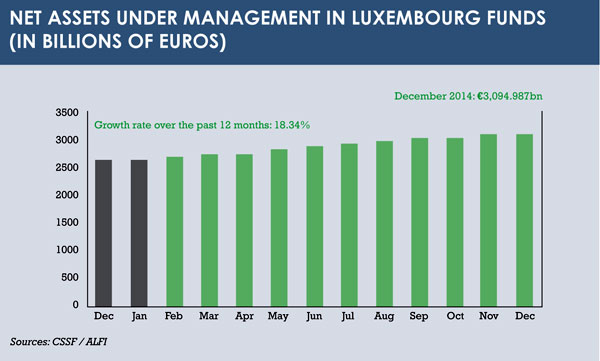 Camille Thommes, director general of the Association of Luxembourg Funds Industry (Alfi), which provided the figure, is realistic about the jurisdiction’s place among its competitors, though. He says it is clear that the Cayman Islands is still a key domicile for hedge funds, while Delaware – a New England state with business-friendly US corporation laws – is important for both private equity and real estate.

However, Thommes says Luxembourg has manoeuvred itself “quite positively” as it continues “to face competition from Ireland with hedge funds”.

Ireland has a leading position in the EU as a centre for hedge fund domiciliation and offshore administration.

“The big guys will stay put, as they are usually more conservative with their structures and they know what works. They’ve tested them and tend to stick with their working structures and are less inclined to try new jurisdictions for their funds,” he says.

Within private equity, the funds that are attracted to Luxembourg tend to be mid-cap players, with major players such as Apax staying in the Channel Islands, according to Pfister.

And of course, a major driver for onshore domiciling is the fact that funds marketing to European investors will need it.

“Funds looking for money from European investment funds and institutional investors in Germany or France would want to invest in onshore jurisdictions [such as Luxembourg],” says Pfister.

In Europe, Luxembourg is home to 90% of EU private equity funds by number of funds, the report says.

Laurent Fessmann, a funds partner at Baker & McKenzie, acknowledges that Delaware is a global hub for private equity, but says Luxembourg would be the choice for funds that want to market to European investors.

REAL ESTATE FUNDS
The Oliver Wyman report found Luxembourg to be the largest EU domicile for alternative investment funds generally, with 60% of the market share of all the EU alternative funds analysed in the research. Between 2010 and 2013, Luxembourg attracted 169 funds, an increase of 11%. A large proportion of this growth came from real estate funds, which saw an increase of 30%-35% in funds and assets under management.

Keith O’Donnell, managing partner of tax specialists Atoz in Luxembourg, says: “There are more real estate funds in Luxembourg compared to anywhere else in Europe.”

O’Donnell says that the Chinese are highly visible in the banking sector in Luxembourg and there is an appetite in the sector to diversify investments into European real estate funds. He has seen “a couple of Chinese deals” but expects the number to grow in future.

Law firm Clifford Chance in Luxembourg claims to be the market leader in advising regulated real estate funds. Joëlle Hauser, head of investment funds, says the firm is focused on European real estate funds and funds emanating from Japan, as well as funds for Korean investors into Luxembourg.

The Isle of Man traditionally had a strong focus on real estate, but the jurisdiction faced a challenging period in 2010 when asset values were put under pressure. This resulted in the flight of many real estate funds that were domiciled there, with Luxembourg the main beneficiary of this shift.

Within the real estate sphere, the introduction of SCSp has led to an increase in the number of funds domiciling in Luxembourg. Other vehicles offered by the jurisdiction, including Sicaf, Sicav and FCP, are deemed suitable for real estate funds.

However, looking at the Oliver Wyman report, Delaware remains the most popular location for real estate funds, with 67% of funds domiciled there as of 2013.

“We obviously see the Cayman Islands and Delaware as strong competitors but we believe we have the right toolbox in the alternatives space to attract fund managers,” says Thommes at Alfi.

HEDGE FUNDS
The Cayman Islands also remain the top jurisdiction for domiciling hedge funds, according to the report, with 60% based there. The Caymans are popular among both UK and US hedge fund managers. But in Europe, it is Ireland that has been at the centre of offshore hedge fund administration for some time. Hauser at Clifford Chance says that Luxembourg is not the place for hedge funds.

Malta, a significantly smaller fund jurisdiction, is managing to attract hedge funds. Although the managers are mostly UK-based at present, there are signs that fund managers from the US are showing an interest in the Mediterranean island.

Thommes puts Malta’s recent success down to its “small size and newcomer status”. It has a focus on niche markets and targeting smaller fund sizes of around $20 million (€18.4 million).

Thommes says that large developed markets, such as the UK, France and Germany, have also tried to develop themselves as fund domiciles – but that they are focused mainly on domestic products.

Luxembourg offers a variety of regulated and non-regulated structures that can be used to set up a hedge fund. The use of the Ucits structure will benefit hedge funds using strategies similar to the classic long-short approach, but for a regulated market – as will specialised investment funds, known as Sifs.

Via the Ucits route, managers of hedge funds – which are allowed to replicate short-selling under Ucits rules through the use of derivatives – gain the benefit of a potentially large distribution network. The Ucits brand is not only recognised in Europe, but also in Asia and Latin America. Hedge fund managers who choose the Ucits option will not be subject to the AIFMD requirements on remuneration and reporting.

If a non-EU hedge fund wants to use the AIFMD framework, its choices boil down to establishing a presence in Europe or finding a third-party service provider that could provide it with the European passport. Key European clients for an offshore manager could force their providers to have an AIFMD-compliant fund.

ONE-STOP SHOP
With the changes to its legal framework, Luxembourg has extended its reputation as a hub for the funds industry. There have been other changes, too. For example, a new professional category of depositary bank, for assets other than financial instruments, is being introduced at the moment. This means that the role of a depositary bank is not limited to financial institutions.

But with the arrival of the AIFMD and the Anglo-Saxon SCSp structure in particular, Luxembourg has broadened its position as a fund jurisdiction.

“The move away from being a Ucits-only place is a trend that is over 10 years old. The limited partner legislation has been a tremendous success. Luxembourg is the most used jurisdiction for real estate funds,” says Pfister.

Competition with other fund domiciles and asset-servicing centres – such as the Cayman Islands for hedge funds and Delaware for real estate and private equity – will no doubt continue. But within the EU, Luxembourg is the dominant fund centre. It has a receptive legislature that listens to the needs of the funds industry and responds with well-crafted statutes.