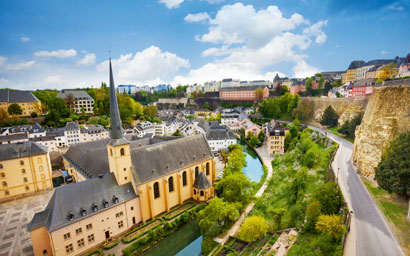 Cyber security, the role of asset management in the economy, and the myths and realities of Luxembourg’s funds industry are some of the topics on the agenda at the Alfi Spring Conference this month.

The conference is organised by the Association of the Luxembourg Funds Industry. As usual, the Alfi Conference puts the asset management industry, and Luxembourg’s role as a fund domicile and service centre, in the broad context of global regulatory, business and economic developments.

Steven Maijoor, chairman of the European Securities and Markets Authority, will be a speaker, and Pierre Gramegna, Luxembourg’s minister for finance, will address the gala reception.

Luxembourg, like other fund domiciles and service centres, has just gone through a reporting season for alternative funds, called Annexe IV reporting. The January reporting period was a landmark in terms of how the requirements of the Alternative Investment Fund Managers Directive works in practice.

It was a test for the Grand Duchy’s service providers who are, like asset managers, adapting to a greatly changing regulatory landscape.

Ahead of the conference, Funds Europe has canvassed a small number of Luxembourg market participants about issues relevant to them at a day-to-day business level, including Annexe IV.

KAI BRAUN
First we spoke to the executive director and Luxembourg Alternative Advisory leader at EY Luxembourg about a circular last year from Luxembourg’s regulator, the CSSF, that touches on strict liability for depositary banks – one of the most challenging issues for custodian banking organisations for years.

CSSF Circular 14/587 of July last year fell short of implementing strict liability for depositary banks. What is the significance of this?
“Circular 14/587 has been published in order to prepare a transition into the upcoming regulation under Ucits V. The purpose of the circular is mainly to provide clarifications for Luxembourg market participants around technical matters which might be considered difficult to interpret. The strict liability concept for depositaries is an integral part of Ucits V and will therefore come into force in any case with the upcoming implementation of this regulation.”

What do you expect the CSSF’s regulatory approach to be to implementing the circular?
“Implementation of the circular will most likely be done in a very pragmatic manner. Even though the circular will only come into force in the period between January and March 2016, the CSSF is currently performing on-site visits at different depositaries. The aim of these visits is to get an understanding as to where the different players stand today in terms of preparation for the new circular as well as Ucits V.”

Which are the top one or two areas of development to do with Ucits V that asset managers need to prioritise for meeting the demands of the directive?

“With regards to interactions with the depositary, the two main areas of focus are surely the review of existing contractual arrangements as well as the exchange of information for due diligence as well as day-to-day operational purpose.”

OLIVIER RENAULT
We pursued the same topic with the country head for Societe Generale Securities Services in Luxembourg.

Does the Circular imply an operational impact for assets managers? If so, please indicate one or two of the main impacts.
“Circular 14/587 concerns credit institutions acting as depositaries for Ucits and all Ucits, if applicable, represented by their management company.

“The new organisational procedures must be implemented by December 31, 2015, ahead of rules unifying the depositary process for Ucits and FIA. This circular anticipates the Ucits V Directive and so could be amended as a result.

To comply with Ucits V, which do you feel are one or two areas where the most work needs to be done by asset managers to meet the requirements?
“Whereas Ucits IV focused on distribution, Ucits V focuses on risk monitoring by strengthening controls. These can be internal, such as the remuneration of managers. Or they can be external, with the obligation to monitor service suppliers – as well as the obligation to submit to the controls of those suppliers.

“It’s a universe where everyone controls everyone else.”

LEE GODFREY
Next we spoke to the deputy chief executive officer of Kneip, a legal and regulatory information firm. We asked about fund manager preparedness for Annexe IV reporting.

To what extent were asset managers prepared for Annexe IV reporting in January this year?
“Almost all of them underestimated the workload involved in collecting the data, aggregating it and putting it into the necessary formats. That was the biggest challenge for everyone.

“Creating the reports and filing them, when you have an automated system with STP [straight-through processing] in place, it is not such a big deal. The key is identifying the owners of the source data and ensuring that the aggregation process is as automated as possible, and preferably not relying on Bill Gates…

“Many of the asset managers have learned the lesson, but surely not everyone. Most of those who reported and filed using an automated solution in October 2014 can confirm that for the January filing, the data sources have not changed. There were only minor modifications and updates, but the process was pretty smooth.”

How might they develop their processes based on this year’s experience?
“There are several elements: asset managers need to have traceability of where the data is coming from; the ownership of each of the data points, to know who is responsible for each data section and populating them; also, the same person should make sure that the data – as well as the aggregation process – remains consistent.

“Ideally, they would install a central data repository, such as AssetLogic, to be able to automate the process, but unfortunately a lot of asset managers still only use Excel. It is enough when you have only some basic data points, but when facing the scale and complexity of the data behind AIFMD, sooner or later the system will collapse.

“No one in the ecosphere of a fund has 100% ownership of all the data so you have to co-operate with third parties, be it transfer agents or administrators, etc. As companies are not looking at regulatory change strategically, they don’t adapt their business models in accordance. They react to each new directive in isolation without taking advantage of the similarity in data for each regulation. “

CHRISTOPHE LENTSCHAT
Finally, we spoke to the managing director of Apex Fund Services in Luxembourg.

How will Luxembourg be affected by domiciliation trends?
“Luxembourg attracted more than 100 new fund sponsors in 2014 who did not already have funds in the jurisdiction.

“With investors’ growing focus on the safety of regulations, more offshore funds are taking advantage of the AIFMD. Luxembourg saw 240 AIFM [alternative investment fund manager] applications over the last 12 months and is confirming its role as a jurisdiction of choice for alternative funds in addition to Ucits funds.

“Luxembourg fund vehicles are well known and readily accepted by the world’s institutional and retail investors.

“As a consequence, the Luxembourg domicile offers a perfect environment for investment managers looking to distribute their funds on an international basis.”