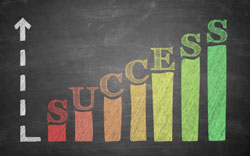 Paying careful attention to benchmarks is one way active managers and advisers can give value to their clients, finds Nick Fitzpatrick.

But the fee issue is never far from investors’ minds.

It is a fact that individual investors have less bargaining power with active fund managers over fees, and they make less sophisticated fund selectors than institutions.

The two most publicised pieces of research that have criticised active management in the past 18 months have one thing in common: they tend to focus on the retail market in the UK. The Pensions Institute at Cass Business School looked at the returns of 516 mutual funds, while SCM Private, an ETF strategist, looked at the active share of retail funds managing £120 billion (€159 billion). Both received wide press coverage.

“What’s amazing is how easy it is for some institutional investors to fall into the same trap as retail investors,” he says.

For example, unlike private-sector pension funds that have moved heavily out of equities and into bonds, local authority funds have maintained a high weighting in actively managed equities, the professor says.

“They have been told that the equity premium is still there for the taking, which it isn’t. The last decade has shown that the days of a high, stable equity premium of 6% per annum have gone, probably for good.”

THE BENCHMARK ROLE
Fees are one issue, says Steve Butler, head of investment solutions. But another problem is that sometimes the benchmark the client wants to beat is not necessarily the right one.

“A global equity manager we researched was beating the MSCI World massively, but the portfolio was mainly invested in emerging market stocks. It was essentially an emerging market fund,” says Butler. For a client with an existing emerging market exposure, this could have meant a doubling up on risk.

Robin Creswell, managing principal at Payden & Rygel, says more investment is needed in benchmark choice and on analysing its role in portfolio and client objectives. He says this is part of the value an active manager can bring.

“A very, very significant part of the work of an active manager is done in the tendering process before a mandate is funded, by clarifying the risk appetite, return objective and the need for capital appreciation.”

Payden won a mandate, he says, by showing a prospective client that the level of outperformance the client wanted would mean owning securities outside of their risk appetite. The client modified their objectives and funded a Payden portfolio that was inside the risk appetite and had a high projected return, if lower than originally expressed.

CONCENTRATED PORTFOLIOS
So there is more, it seems, that active managers can do to ‘stand up and be counted’, other than publishing their active share or tracking error. The active share measure will reflect how a portfolio’s weightings are at odds with the stock weighting within an index (see previous article).

Fund managers that claim to be active risk takers would also normally be expected to have concentrated portfolios, displaying high conviction.

But when all is said and done, perhaps the question about active management is more down to fees than anything else.

Dr Chris Jones, head of consultancy Bfinance in London, says the question that perhaps should be asked in research is: ‘At what fee level would active outperform passive?’

“There are plenty of managers that we’ve seen drop their fees by more than 13 basis points with the right incentives and the right negotiation. So I think it all hinges on fee level,” he says.

Our focus on active management continues next month.