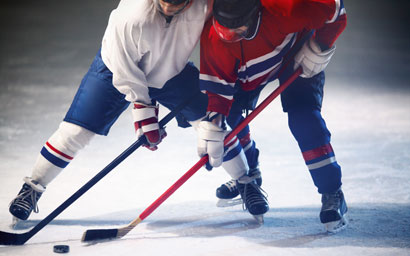 In a follow-up to last month’s cover story, ‘In defence of active management’, Nick Fitzpatrick seeks the views of management firms, advisers and an outspoken professor viewed as one of the sector’s foremost critics.

As Funds Europe revealed last month, Natixis Global Asset Management is considering publishing its level of ‘active share’ – in other words, how active a fund manager is – for a range of Luxembourg funds.

The move is significant because it takes place as many active managers are facing mounting criticism for being benchmark huggers. At the same time, cheaper, passive investments are gaining a greater slice of investors’ capital.

This month we revisit some of the critics – and proponents – of active management.

One outspoken sceptic is Professor David Blake, director of the Pensions Institute at Cass Business School in London, who thinks both retail and at least some institutional investors are better off in passive funds. The school has produced research showing 99% of active fund managers in a sample underperformed benchmarks over an extensive period of time.

“I base my views on the results of empirical research – I’ve no axe to grind,” he says. “My views are based on looking at years of research into mainly UK and US pension funds and mutual funds.”

Blake says the only evidence that active management can be successful relates to a very small number of long-term value investors who look for underpriced companies, see their turnaround potential, invest in them and hold for the long term, often supporting the firms’ managers in the process.

For him, all other investment strategies are “fads and fashions”, mostly related to market timing.

“There are really only two active strategies: stock picking – or value investing – and market timing. Market timing just keeps changing its name. It used to be called ‘global tactical allocation’; currently it’s called ‘smart beta’, but smart beta is only an attempt to time the market.”

No one knows who the big names are in market timing, he says, because they have a good year and then disappear.

“A strategy has to be tested over at least five to 10 years.

If a strategy did well last year, that may just be momentum and that’s down to luck. Most managers who outperform only over a short period are just lucky, rather than skilled.”

The average retail client pays a large fee for a very mediocre return, he says. But what amazes him is that some institutional investors also fall into the same trap as retail investors.

“Private-sector pension funds have moved heavily out of equities and into bonds over the last 10 years to match assets with liabilities more closely. Yet local authority funds have maintained a high weighting in actively managed equities. They have been told that the equity premium is still there for the taking, which it isn’t.”

ADDING AND SUBTRACTING
Pressure is on active managers to persuade investors that they can add value to justify their fees. Publishing active share levels is one way to start.

But deeper communication – such as explaining why a fund manager adds or reduces assets in a portfolio, and making clients understand why a particular market cycle favours portfolio changes – is essential too, says Robin Creswell, managing principal at Payden & Rygel.

“The element of timing in a value discussion is that a particular security or asset class may represent value at a given moment, and our job is to determine when,” he adds.

Multi-asset or multi-strategy funds are becoming increasingly visible, particularly in the fixed income sphere where funds will allocate between bonds of different characteristics. Payden offers this type of strategy.

But does bond-switching against the background of changing market conditions, such as interest rates, not imply market timing, about which Blake is so scathing?

“You could say that it’s a timing decision but for us, it’s driven by a valuation metric,” says Creswell. “If you buy equities when they are cheap and hope that they will go up, is that market timing or a valuation judgement? I think the answer depends on how you arrive at it.”

A value fund has “one set of clubs” to play with, he says, which is a weakness when value stops working or goes out of favour – whereas multi-strategy bond funds, as an example, will find different risk-adjusted return generators, such as high yield bonds, in different periods.

Creswell cites the example of the UK government bailing out bank group Lloyds in 2008.

At the time, Payden took a position in Lloyds’ bonds, reasoning that government underwriting meant that the bonds were de facto government bonds with a yield 1%-1.5% higher than an equivalent gilt.

TIME HORIZONS
The valuation metric is also important for growth managers, who again might be dismissed by Blake as market timers.

James Hamel, a growth manager at Artisan Partners, acknowledges the importance of a valuation discipline. He also thinks the vast majority of growth managers don’t have one.

“Our process is designed to find high-quality businesses with accelerating profit cycles selling at reasonable valuations,” he says. “We emphasise reasonable, not cheap, because really great businesses rarely sell at extraordinarily cheap valuations.”

He also says that managers with a valuation discipline find it increasingly difficult, in many cases, to create value at the tail end of a bull market.

This is why active managers should be measured over a full market cycle – three to five years – Hamel says, in contrast with Blake, who suggests five to 10. Either way, the timespan will probably include some periods where markets do not perform well. Over the course of the past two decades, adds Hamel, some investors have begun expecting consistent outperformance over much shorter periods.

“That can create pressure for managers if they don’t have the right kind of client base – if their clients lack alignment on time-horizon expectations. Understanding appropriate time horizons is important, because alpha doesn’t know there’s a calendar.”

Hamel acknowledges active share as a way for investors to distinguish active managers from benchmark huggers. The active share of Artisan’s Global Opportunities fund is around 95%.

But it is also useful to look at a fund’s index benchmark to distinguish an active manager from a benchmark hugger.

“Many investors measure our Global Opportunities portfolio against the MSCI AC World Index, which is very heavy in financials, particularly banks, energy and materials. But we typically have little exposure in those areas because those kinds of businesses often do not align with our process,” he says.

Lauren Juliff, head of UK institutional at Skagen Funds, says the Scandinavian group publishes its active share in its monthly fund reporting. The figure is “consistently high”, she says, at over 90% for its global and emerging markets funds.

Additional factors that investors should use to select and monitor active managers on an ongoing basis, says Juliff, include low turnover, broad mandates and an alignment of interests with investors.

Closet indexing for high fees is a practice that could be rife. Juliff says: “Despite criticism for this practice, recent research suggests that this method remains widespread.”

Dr Chris Jones, head of Bfinance, a consultancy in London, says that a continuum is developing in asset management. Passive and hedge funds are at the two extremes, with smart beta, alternative beta, benchmark-hugging, low tracking error, active, very active and absolute return long-only moving up the active scale.

He says he knows of one broad asset manager, which he declined to name, that has decided to focus its offering on high-active share funds.

Jones points out that the active/passive debate is playing out at a time when markets have been through a “very anomalous” period. The environment has oscillated between so-called risk-on and risk-off and the perception that central banks have been underwriting the economy means that for much of the time, volatility has been at an uncharacteristic level.

“I think for a lot of people, they realise that looking at the past five or six years perhaps is not the best way to make an argument. If active and passive goes in and out of favour as to which can perform best in which environment, then doing something [based] on the past five years means not only that you might be making an ill-informed decision, but you might be making an ill-informed decision at exactly the wrong time.”

Jones adds: “You can spend your investment life being totally out of sync with the zeitgeist.”

If the zeitgeist has been about beta or smart beta in recent times, that could change if markets resume more familiar behaviour. According to Jones, markets could be returning to a condition that will help active managers prove their worth. This is because, more recently, bottom-up fundamentals have started to drive equities a little more.

“Active managers need stocks and credits to act on the back of bottom-up fundamentals, things specific to that stock, and that hasn’t really been the case for much of the last six years or so.

“If you look at equity markets, the correlation between individual stocks in any one index went to a really ridiculously high level. Stocks moved together whether risk-on or risk-off.”

As well as negative correlation, volatility is needed. If volatility is low, it’s hard to take advantage of stocks diverging from their fundamental fair value.

“So, there are two factors that are needed for active management to be able to do well that haven’t been there for the past five years but are starting to come back again,” says Jones.