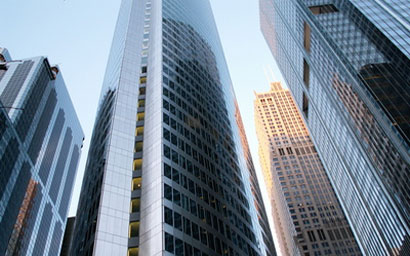 2010 saw fund flows in certain categories at their highest since pre-crisis 2006. Not surprisingly it was still emerging markets that drove the biggest flows in the equities and bonds sectors while developed markets seeped money.

Yet much more notably, even real estate had a record run, according to funds tracked by EPFR Global, a fund data firm.

Although $62.3bn was withdrawn from All Developed Market Equity Funds in 2010, there was a record-setting $92bn committed to Emerging Markets Equity Funds.

But along with global and emerging market bond funds, real estate funds also saw a “record-setting” 2010. The net flow into real estate totaled $7.03bn compared to $4.6bn in 2009.

Axa Real Estate provides a possible signal that the real estate sector is in for a notable 2011 after celebrating the fact it raised €350m at the first close of a real estate debt fund.

The fund will provide senior loans either directly or acting as a Syndicate behind a bank and will focus on investments which are backed by good quality income-producing properties. Added to existing commitments of €1.15bn, as well as €1bn that have already been invested, the first closing of the fund brings AXA Real Estate’s total global investment capacity into debt to €2.5bn.

Isabelle Scemama, head of debt at Axa Real Estate Investment Managemenet SGP, the advisor to the fund, said banks are still very limited in their capacity to act in providing loans.

She said: “We see a clear opportunity to grow this market and believe that it eventually will follow the US example where around 20% of real estate transactions are underwritten by long term investors such as insurance companies, leading to a far more liquid and transparent market in Europe.”

However, although 2010 has seen a resurgence in fund flows for equities, bonds and real estate, these asset classes were not the best performing of the year. Nor, even, were gold and oil.

In 2010 the top fine wines outperformed gold, oil and equities, according to the Liv-ex Fine Wine 50 benchmark index, which tracks the top five Bordeaux brands across ten different Vintages.

Over the last 10 years, fine wine has delivered a compound annual return of 12.5%.