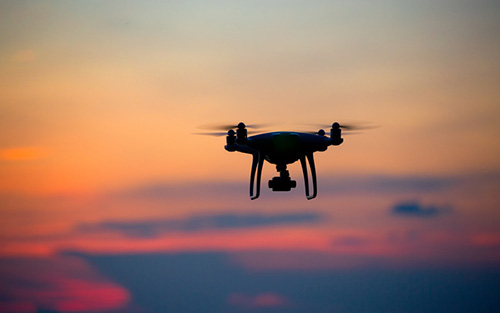 The drone attacks on two of Saudi Arabia’s major oil facilities – which saw a flare in tensions in the Middle East – could have lasting implications on the asset management industry, investors have said.

As a result of the attacks on September 14, around 5% of global oil output was taken out of action – in what has been described as the largest and most sudden supply shock in history.

These threats to the global supply chain should not be taken lightly, according to German fund manager DWS.

“The drone attack has shown with what ease damage to vital parts of the global energy infrastructure can be done,” said chief investment officer Stefan Kreuzkamp.

Although the immediate reaction to the incident was not dramatic, Kreuzkamp said the long-term implications are more significant.

“Market sentiment has lately been boosted by accommodating central banks. But if logic suggests that there is little central banks could do in order to nullify the negative effects of trade wars, economic history suggests they are even less capable to mitigate the effects of any oil shock,” he said.

For asset manager Carmignac, the most immediate read-across of this event is the likely perception of higher vulnerability of Saudi supply, and the heightening of political risk in the region.

“This does not bode well for global consumer confidence and, if oil prices were to suffer a lasting risk-premium, for consumers’ purchasing power,” said Didier Saint Georges, member of the investment committee at the company.

“It matters to the global economic cycle, as consumer spending from Europe to the US had so far demonstrated considerable resilience to the much weakening manufacturing sector. A reminder that central banks do not hold the key to all economic risks,” he added.

The full extent of the damage remains unknown. Saudi Aramco has said the country may remain short of full production capacity for weeks.

According to Vontobel Asset Management, global oil storage is running at roughly 53 days of demand coverage. This means a short supply shock can be dampened by immediately releasing these reserves.

“Even before the incident, investors had it wrong. Fundamental bottom up analysis showed that crude markets were tightening fast,” he said.

“The premium in petroleum futures curves will stay for an extended period, even more so if shale producers take the opportunity to hedge future production by selling longer dated contracts. Geopolitical risk has manifested itself and is set to accelerate.”

The impact of the attacks on the price of oil served as a reminder to investors of the risks associated with investing in commodities, according the head of investment analysis at Hargreaves Lansdown, Emma Wall.

“Although they can be fantastic portfolio diversifiers, the drivers of commodity prices are unpredictable – from weather events to terrorism. Investing in commodities is sometimes called ‘speculating’ – which goes some way to indicate this asset class can be volatile,” she said.