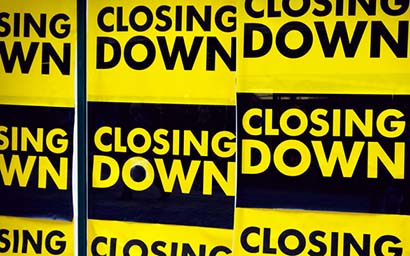 However, Jeremy Podger, a portfolio manager at Fidelity International, said he believed a recession was unlikely in the next few years and said a more “sensible prediction” is that equity markets will perform in line with company profits growth, which though modest, will be positive in the absence of a major downturn.

“Although it is difficult to quantify the risks of a major geopolitical incident, a significant economic downturn seems unlikely in the next few years. In the past, classic recessions were caused by overinvestment and declining industrial returns but there is no evidence that economies have been adding too much capacity. (Indeed, healthy profit margins in many industries are evidence of this.)”

Podger made the comment in an article called ‘What does the next five years hold for global equity markets?’ The article was written before this week’s Federal Reserve rate cut.

He added: “Equally, a recession caused by a stressed banking system seems also highly unlikely given that around the developed world banks have rebuilt capital and a large part of the riskier assets have been removed from balance sheets and are now held by hedge funds and other investors.

“A more likely recession scenario is the ‘Japanese style’ recession that we have seen a number of times in the past 30 years. These are short-term downturns, often caused by industrial inventory cycles, that are met with monetary stimulus and government spending initiatives. This can lead to opportunities to pick up oversold stocks at the gloomiest moments.”

A major “melt up” in markets could be as likely as a major correction, he said, and although this was not a central-case theory, monetary policy remains loose and may ease further, supporting markets along the way.

Earnings are likely to grow at a modest pace against a background of lower global growth due to geopolitical and trade uncertainties, Podger said, and this environment could lead to periods of volatility in markets that would create buying opportunities.

Meanwhile, Stéphane Monier, chief investment officer at Lombard Odier, has said investors should consider gold allocations as low government bond yields persist, and with uncertainty around US-China trade relations and due to a weakening US dollar.

Gold has been pushed to six-year high on the back of market fears including those of recession, wrote Monier.

“A big driver of financial demand [for gold] is fear in financial markets, which is why gold often acts as an effective hedge against volatility. And today, while the effectiveness of government bonds as a hedge decreases with the level of yields … holding gold in multi-asset portfolios is necessary.

“In fact, the additional financial demand induced by the lack of safe-haven assets is likely to limit downside risk, and given the already exceptional length of the cycle, we can expect recession fears will periodically re-emerge.”

However, Monier pointed out that volatility in the gold price has historically been comparable to equity volatility on an annualised basis, meaning that adding in gold to a multi-asset portfolio usually means adding to the overall portfolio risk. This calls for tactical allocations, Monier said.

In fact, the October 2008 financial crisis, gold did not protect portfolios against equity drawdowns. Both assets dropped around 20%, though gold quickly attracted flows again and recovered losses, gaining almost 35% when equity markets fell another 30%, Monier said.