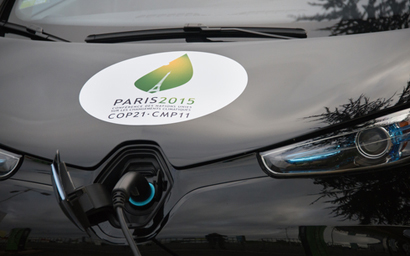 HSBC Global Asset Management is to launch an emerging market green bond fund with the aim of enabling investors to make a “real economy” impact whilst aiming to deliver against objectives set by the Paris Climate Agreement, and the UN’s sustainable development goals (SDGs).

The fund will target issuers in the real economy - the part of a country’s economy that produces goods and services, rather than the part made up of financial services like banks and stock markets - in order to “increase access” to climate finance and promote the development of sustainable capital markets.

Both HSBC GAM and anchor investor the International Finance Corporation, a member of the World Bank Group, intend to commit up to $75 million (€66.5 million) and up to $100 million respectively to the fund.

The HSBC Real Economy Green Investment Opportunity GEM Bond Fund (Regio) will provide investors with diverse opportunities both in terms of location and sector, according to the asset manager.

With a view to promoting the UN’s SDGs, Regio will aim to capture at least $500 million to $700 million in capital, mainly through bonds issued by non-financial companies in emerging markets countries.

“The capital raised by Regio will make a vital contribution to the fight against climate change and further promote sustainability-oriented capital markets,” said Philippe Le Houérou, chief executive at IFC, which since 2010 has issued 143 green bonds in 16 currencies, totalling $9 billion.

A spokesman for HSBC GAM said the official launch of the fund could be later this year, although there is no set date.