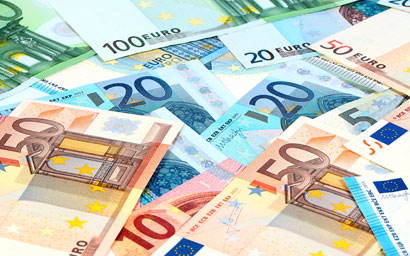 A push to challenge London’s dominance of the €1 trillion-a-day euro derivatives clearing market has received a boost from the German national funds association BVI which said that moving euro clearing to within the EU would “significantly” reduce costs for the funds industry.

In a statement the BVI said that, as interest rate swaps are an integral part of the risk management of funds, the best post-Brexit solution was for the clearing of euro-denominated interest rate swaps to happen within the regulated confines of the 27 remaining members of the EU.

Such a move, the BVI calculates, would save fund companies up to 30%.

The call was made following the publication of a report by Frankfurt-based funds house Union Investment that concluded that the savings would be generated “primarily from the offsetting effects of various asset classes and more lucrative collateralisation options”.

Currently around 90 per cent of euro-denominated interest rate swaps are settled through the London Stock Exchange’s clearing house LCH.

The BVI claims that effective supervision of the trade can only be ensured “within the EU itself via the direct access of EU supervisory authorities”.

The Frankfurt-based exchange said it planned to change its Eurex Clearing operation to give investment banks more financial incentives to use its clearing house.

In the run-up to last year’s Brexit referendum, the chief executive of the London Stock Exchange Xavier Rolet warned that up to 100,000 jobs across the UK could be lost if London lost the ability to clear euro-denominated transactions.