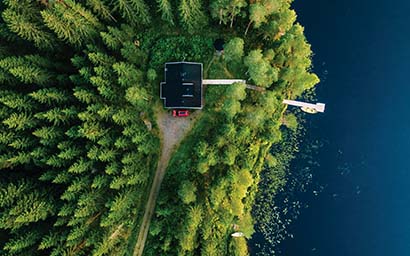 With the closet tracking controversy largely behind it, a steady economy and the relaxation of Icelandic capital controls, the Nordics’ funds industry is looking in rude health, finds Mark Latham.

In the next couple of months, court cases in Norway, where financial services firms stand accused of so-called closet-tracking, are expected to conclude.

Many are hoping that the hearings will draw a line under a scandal that has tarnished the otherwise squeaky-clean reputation of the asset management industry in the Nordics.

Firms in both Sweden and Norway were accused of selling products that charged the high fees typically associated with active management, but which mimicked an index.

But while the accusations of closet-tracking appear to have dried up, the Scandinavian banking industry – unlike the funds industry – has been engulfed in a new scandal over money-laundering.

For Tim Warrington, chief executive of Skagen Funds, the story of the funds industry in the Nordics region has moved on since the closet-tracking scandal erupted in 2015.

“The closet-tracking controversy appears to have run its course,” he says, “and I think that demonstrates the firm level of regulation that exists in Scandinavia and the follow-up by governments to make sure that things are fair and above board.”

Warrington mentions that the relaxation of capital controls by Iceland last year has led to a boost for business. He’s not the only chief executive of a Nordics funds house to think so.

The Stavanger-based active equity firm, which has 62 billion Norwegian kroner (€6.4 billion) of assets under management, has had a solid client base in Iceland since before the financial crisis that ushered in capital controls.

“Last year, we saw more capital flows coming to Skagen from Iceland as the relaxation of capital controls has freed up Icelanders to invest overseas and they are coming to us,” says Warrington.

“Iceland is a very attractive market for us. We have a good footprint there and we have very good relationships both with institutions and distributors.”

Skagen, which was bought by the Norwegian funds giant Storebrand (which has 700 billion NOK of AuM) in 2017, is, like other fund houses in the region, seeing increasing investor interest in sustainability.

“The Swedish market is the furthest along when it comes to sustainability, with the Norwegians and Danes slightly lagging that,” says Warrington.

“Overall, though, I do think the Nordics do have a sustainability edge. The leading asset managers in the region have had sustainability as part of their fund offering for 25 years or more and they have the data and the track record to prove that.

“Nordic asset managers will have to maintain that leadership edge as the rest of the wider industry starts to take sustainability more seriously and clients increasingly demand it.

“From our clients’ perspective, our approach to sustainability is very much about active engagement and that is simply expected from us. Our clients expect us to act sustainably and to have a good clear focus on environmental, social and governance issues.”

Global and European trends
Nils Bolmstrand, chief executive of Nordea Asset Management – which recently announced in its first-quarter results that it has assets under management of €217.2 billion – believes that the Nordic region “does not really differ” from industry-wide trends throughout Europe.

Bolmstrand is hard-pushed to identify any specifically Nordic industry trends, though he says trends exist for individual countries within the region. ESG and sustainability investing, which has been a strong theme in the region for more than ten years, is now top of the agenda for the industry throughout Europe, he notes.

“These trends have a tendency to start in the institutional world and the political world and we are now seeing those trends translate into the more retail-driven world.”

“It is more of an evolution for us than a revolution, since we started this a long time ago and have been actively working with it. However, I think what we are seeing from the client side is more of a revolution.

“On the institutional side and the third-party side, clients are making higher demands and politicians are very clearly indicating the direction in which they want us to move.”

Bolmstrand points to an industry trend of firms increasingly engaging with companies. “Engaging with firms has always been an important part of our work as we want to influence the companies in which we invest,” he says. “That is much more important to us than the exclusion of companies.”

Addressing the global trend away from active investment management and towards passive funds, he says there has a been a polarisation in the Nordic market in recent years. “It is more obvious with the institutional space than it is within the retail space where you have alpha and beta parts of portfolios.

“For us as asset managers, it will be about proving the quality of the product we have in order for clients to be willing to pay the premium for the active management.”

On the subject of investment management fees, he believes that “the Nordics have come quite far in the fee pressure on the institutional world and it is not just the active-versus-passive debate: there are a number of phenomena that are driving this.

“Fee pressure and margin pressure is something that the industry will have to live with over the coming years. I think that people will always be willing to pay for product quality.

“It will be very important for the industry to show efficiency in operation and in investments and be willing to adopt new ways of working and embrace new technology to have that efficiency.”

Good for investors
The US passive funds giant Vanguard, which has been in the Nordics since 1998, has seen its business in the region grow since it made a concerted push on exchange-traded funds (ETFs) in 2012, when ETFs were more highly priced than they are now.

“As a result, costs have been coming down, which is good for investors,” says Wim van Zwol, head of Benelux and Nordics at Vanguard.

A more recent trend over the past three years, he adds, has been a growth in interest in active and factor ETFs – although, apart from some sub-advised funds, the majority of Vanguard’s business in the region remains in passive index funds.

The firm does not publish a breakdown of figures for its business in the region, but van Zwol describes the book as “now very sizeable”. He adds that business is “pretty evenly spread out” across the Nordic countries and “we have a decent size in all countries on the fund side”.

When it comes to ETFs, though, “it is more difficult to know, as with exchange-traded products we don’t always see where our investors are”. Van Zwol also points to a trend of growth in Vanguard’s fixed income ETFs and mentions that Iceland has become a growth area since last year’s relaxation of currency controls.

Growth has been steady across the rest of the region, he says, with the exception of Norway, where the market is dominated by country’s enormous state oil fund. Nevertheless, “all countries have good outlooks”.

Natixis’s affiliates have some €1.5 billion of assets in the region, where the group has had an office for nine years and where business has grown 55-60% over the last five years - mostly institutional, although the group also has some wholesale business.

On the subject of the closet-tracking controversy, Benton says: “As advocates of conviction and differentiation, we applaud the fact that clients are no longer prepared to pay active fees for index performance. That is something that we welcome and we are very happy to be viewed as a manager that is truly active.”

Asked about ESG, he says that while it was an equity story ten years ago, “today it is a story on every asset class that we talk to clients about, including things like private credit.”

“ESG in all regions is increasingly a focus, but in the Nordics it is an absolute must. It is regarded by investors as something they have to have rather than something which is simply nice to have. All asset classes are now touched by the ESG story in the Nordics.”

Unlike Vanguard, which manages its Nordics business from an office in Amsterdam, Natixis has an office and two staff in Stockholm. Benton sees this as “an important part of our success”.

“I really believe in the benefit of the need to have a local market presence. I am not claiming that fly-in fly-out can’t work, but we have been committed to the region for some time and clients appreciate that.”

Burgeoning
Seen from the perspective of Robert Heaney, head of Nordics at M&G Investments, the region remains largely dominated by large domestic managers, whom he describes as “very sophisticated”, some with burgeoning pan-European business.

M&G’s business in the region, managed from an office in Stockholm, is mostly focused on institutional clients and currently amounts to about €3.5 billion of AuM. M&G Real Estate also has some €750 million of property in the region.

The firm’s compound growth rate in the Nordics in the six years that it has been operating in the region has been more than 20% a year.

Heaney points to recent legislative changes in Sweden impacting the large, so-called AP state pension funds. Investment restrictions on the funds previously mandated by the Swedish parliament are in the process of being relaxed. This should, he says, give more flexibility for AP funds to invest in private unlisted assets.

On ethical and sustainable investment, he says that for international managers, whereas “ESG was once a ‘nice to have’, it has now become a licence to operate rather than a marketing tool”.

“Nordic clients expect their managers to have clearly defined and robust ESG and sustainable investment processes and procedures in place,” he adds. “The distinction in the Nordics around ESG is not so much about having products, it is becoming a framework for investing.”

He suggests that the relaxation of capital controls in Iceland last year will likely lead to “another wave of investment into foreign assets and that has obviously got a lot of foreign investment managers looking at that market and working out how they can best approach it”.

“We are just beginning to explore opportunities in Iceland and are taking a very focused, sniper-like approach to the country, but we expect this to be a growth market for us.”