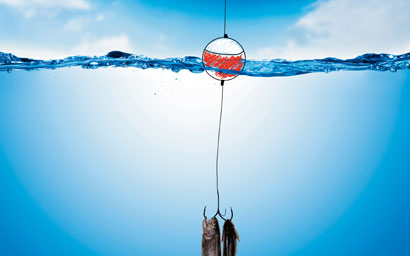 As Switzerland shakes off its reputation for banking secrecy, the Swiss asset management environment now has additional regulatory hurdles. But as Fiona Rintoul finds, the benefits make it worth it.

What does a small, landlocked country with few natural resources have that other countries don’t have? In the case of Switzerland, the answer is not chocolate or cuckoo clocks, but global financial institutions (GFIs).

That’s certainly what attracted Old Mutual Global Investors (Old Mutual GI), which opened an office in Zurich two years ago, to the Swiss market. With three out of 15 GFIs based in Switzerland and many others present in the market, Switzerland was an obvious choice for Old Mutual GI, according to Dominik Issler, head of Switzerland, Germany and Austria at the firm.

“GFIs are a big thing in the asset management industry,” he says. “Every asset manager has been looking at it more closely over the past two years.”

Such considerations made Switzerland more attractive to South African firm Old Mutual GI than Germany or France. Germany, says Issler, basically has one GFI, in the shape of Deutsche Bank, while the French market is “too domestic”.

Added to the GFIs is the attraction of Switzerland’s substantial pensions market. As well as being large, pension funds in Switzerland are usually very open to foreign providers.

“We have one of the largest pension fund markets here, and they are always eager to buy foreign investments,” says Régis Martin, deputy CEO of Unigestion. “Swiss institutional investors still select a lot of foreign asset managers.”

Martin puts this preference for foreign asset managers on the part of local pension funds down to Switzerland being better known for private wealth management than asset management. There are few sizeable pure asset managers in Switzerland, and those that are there often focus on private equity, for example Partners Group.

“The number of pure asset managers is much lower than in neighbouring countries,” says Martin. “Asset managers in Switzerland are often arms of big banks. Maybe the market still suffers from this.”

A wide spectrum
At the same time, Switzerland is a hugely dynamic asset management market. This is thanks to the number of foreign asset managers present in the country, the interplay between Swiss institutions and international providers, and the interplay between Swiss providers and international institutions. According to Umberto Boccato, head of investments at Mirabaud Asset Management, Switzerland offers about as wide a spectrum of investments from different jurisdictions denominated in various currencies as it is possible to find anywhere.

“There is a large pool of capital in Switzerland and it is very open in terms of allocation to new funds,” he says. “If you are an international investor and you want to have open access to the market, Switzerland has expertise and access to all types of funds.”

This comprehensive offering has attracted clients from across the world. “We work a lot with Asia, and the links are much stronger between Asia and Geneva than other European centres,” says Issler. “That’s also true of the Americas.”

This diversity of products and clients benefits local and international players alike. In Mirabaud’s case, internationalism at home is matched by internationalism abroad; it has a larger presence outside Switzerland than within it. The same is true of Unigestion, which has 75% of assets under management abroad and 85%-90% of its clients.

Despite this, the local market throws up the same parochialism that is found in every country, and local companies must be able to deal with that too. Unigestion, for example, recently bought a private equity group based in Zurich and hopes that this acquisition will make it easier for it to penetrate that part of the country.

“It’s still difficult for us as French Swiss to sell in the German part of the country and vice versa,” says Martin.

As everywhere, fully understanding local as well as international dynamics is crucial to success. For example, a local pure-play asset manager such as Mirabaud has been able to take advantage in its recruitment of the fact – mentioned by Unigestion’s Martin already – that many Swiss asset managers are subsidiaries of big banks.

Boccato says people “who are passionate about asset management” often join Mirabaud in their 40s from larger institutions, seeking to escape a set-up that requires fund managers to pay a lot of attention to non-asset management activities.

“We have developed a boutique approach to active management,” he adds. “Many fund managers with 20-plus years’ experience want to join smaller firms and run higher-alpha mandates. Sometimes larger institutions are not always the best for them.”

Regulatory offset
Switzerland’s advantages – which in many ways apply equally to local and international players – are to some extent offset by its regulatory regime. Since 2015, almost all funds distributed in Switzerland have been subject to regulation under the Collective Investment Schemes Act (CISA) regardless of whether they are sold to mass market investors or qualified investors. For institutional sales, in practice this means that asset managers must appoint a Swiss representative licensed by the Financial Market Supervisory Authority (Finma) and a Swiss paying agent.

This requirement is not excessively onerous. However, if companies want to set up a business in Switzerland, the requirements do become more burdensome, as Old Mutual GI found when it established a Swiss limited liability company (LLC). “It’s not easy,” says Issler. “Switzerland isn’t part of the European Union (EU), and the Finma regulations are quite strict, but we went for it.” Of course, these strict requirements also apply to new local asset management businesses that want to set up. This may be one factor limiting new entrants to the Swiss industry.

“It’s quite tough to set up an asset management business from scratch,” says Martin. “It’s difficult everywhere but especially in Switzerland, where it costs a lot regulatory-wise. We also don’t have a lot of big hedge fund managers, so we don’t have spin-offs.”

For Old Mutual GI, setting up an LLC has been worth the effort. The firm has achieved its five-year plan for Switzerland within three years.

“It adds a lot of credibility and it’s much easier to build a platform,” says Issler. “It’s a significant investment, and clients see it as a commitment. Now we have a proper office where we can also expand staff.”

Money spent on marketing has meant better brand awareness. Issler says: “To work with distributors, you need to partner up. To help UBS to sell our funds, we need to have brand awareness.”

Switzerland is about to undergo a further regulatory revision. This will create two laws, one covering financial services and one covering asset management. “The aim is to be Mifid II-compliant,” says Martin. “We want to demonstrate that we are as efficient as EU countries from a regulatory and investor-protection point of view, so that we can still offer services into the EU.”

The direction of travel in Switzerland is very much away from the banking secrecy of the past and towards tight, internationally compliant standards. Whatever financial and administrative burdens this creates, it’s a development that has been broadly welcomed by the asset management industry.

“As the largest mutual fund manager in Switzerland, we are convinced that the legislative framework in place will not only benefit investors through increased protection, but also reinforce the attractiveness of the Swiss Financial Center,” says Karin Oertli, regional and Swiss head of UBS Asset Management.

Some companies see benefits from the new regulatory regime. Bedrock Group, an independent investment firm in Geneva, says it has committed to best practice since its founding – and that this approach is offering dividends because it can focus on deploying resources to new markets, instead of spending time making changes in alignment with new regulatory demands.

“The opening of a Zurich office is a testament to how industry challenges have actually created opportunity for us,” says Alexander Classen, managing partner at Bedrock.

The reality is that basing in Switzerland does create some additional regulatory hurdles. But the compensations make it worth it and will continue to do so – provided EU access is maintained.

“We have a pool of talent,” says Martin. “We have infrastructure. We have everything needed to do well. If you restrict EU access, it will be different.”

As legislators work to put some of the MiFID II principles into Swiss law, there is no reason to think that EU access for services will be restricted. Certainly, the flow of new international players, such as Principal Global Investors and Nedgroup Investments, suggests Switzerland’s place as an asset mangement hub is secure, but take it from a local: “We deliberately chose to pursue growth at home as Switzerland’s changed role in European wealth management has meant transparency and best practice need no longer be solely sought abroad,” says Classen.