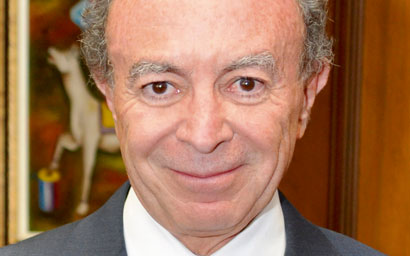 Since 2016, Guillermo Ortiz has been a chairman of Latin America’s BTG Pactual. The former central banker of Mexico talks to Nick Fitzpatrick.

Guillermo Ortiz can sympathise with central bankers faced with the challenge of boosting economies. After all, he used to be one himself.

For 11 years until 2009, Ortiz was governor of Mexico’s central bank, Banco de México. Now he is chairman for Latin America of BTG Pactual, a Brazilian investment bank that is seeking to expand its banking and asset management activities outside of the region.

“There is a big question about whether central banks have any ammunition left,” he said, speaking to Funds Europe in London recently.

Most people would agree that the extended central bank powers and the recapitalisation of the banks was very important, as it probably avoided another Great Depression, Ortiz says. “But seven years later, is it still justified and effective?”

Ortiz followed with interest the central bankers’ meeting in Jackson Hole last year, where Janet Yellen, chair of America’s Federal Reserve, was considering the same issue in a speech about the resilience of monetary policy for the future. Ortiz says: “There is a great deal of talk about whether the expanded tool kit for central banks – which includes wider forward guidance and negative rates – is losing its effectiveness.”

One thing Yellen never mentioned when talking about expanding the monetary policy tool kit was negative interest rates. Ortiz says the Fed wants nothing to do with negative rates any longer. But this means the Fed needs to retool if it’s to be able to avoid future recessions.

“But how?” he asks. “When the Fed had positive interest rates, it meant they had the option of going higher or lower. They don’t do now.”

Something that is causing central bankers real anxiety is the relationship between their near-zero policy rates and the ‘natural interest rate’.

Some perceive central bank policy rates as trying to chase, or detect, the natural rate – though the concept of natural interest rates is a little murky.

It was John Williams, president of the Federal Reserve Bank of San Francisco, who sparked a debate about the natural rate of interest at last year’s Jackson Hole meeting. In a letter circulated at the time, he stated that the ephemeral natural rate had been coming down drastically for the past 25 years.

Williams wrote: “The time has come to critically reassess prevailing policy frameworks and consider adjustments to handle new challenges, specifically those related to a low natural real rate of interest. While price level or nominal GDP targeting by monetary authorities are options, fiscal and other policies must also take on some of the burden to help sustain economic growth and stability.”

Ortiz says: “The natural rate of interest is very close to zero in most advanced countries and a lot of factors for that are related to demographics and excess capacity, nothing to do with the monetary policy behind it. The inter-relation of these factors is not very well understood.”

The lowering of the natural interest rate predates the extraordinary monetary policies that have seen lower central bank rates in recent years. The natural rate has been coming down for ten years and is likely to remain low for a long time, says Ortiz.

One way to address the need for more central bank tools would be to increase inflation expectations. Much discussion at Jackson Hole focused on this, says Ortiz – yet no central bank is going in that direction.

And so now, much more focus is on fiscal policy and infrastructure investment. Particularly, says Ortiz, since the election of Donald Trump, who has pledged $1 trillion of infrastructure spend.

The emphasis on these ‘tools’, and coupled with the fact that policy rates did begin to move upwards slightly in the US in December last year, may suggest to some people that change is in the air, though the debate continues.

CATCHING UP AGAIN
Shifting the conversation to Latin America, the economic picture is at least clearer there, Ortiz believes. After its worst recession in history, Brazilian growth is starting to catch up again.

Ortiz says that what happened economically in Latin America was explained by the commodity super-cycle. The cycle saw many years of gains and produced a lot of benefits for the continent.

“It strengthened the macro framework and facilitated a reduction in inflation and debt. Public finances got better,” Ortiz adds. “In the 1990s, average inflation in Latin America was 100% and the fact that many Latin America countries could establish a monetary policy framework was an extraordinary achievement.”

But many Latin American countries, like Brazil, did not use their money wisely, and with the end of the commodity super-cycle, “all indicators just turn backwards”.

Monetary policy was tightened. This could have caused a debt explosion, but Ortiz says this was avoided. He points out that in Mexico, there should be a primary surplus on the near-horizon after about five years of a primary deficit.

“There have been negative [investment] flows but I think investors are looking at Latin America again now. There are many more opportunities in emerging markets, particularly in Latin America. In Brazil, the economy has bottomed out and there are prospects of change in the regime. Change in policies has resulted in a large rally. It’s just the beginning of the story.”