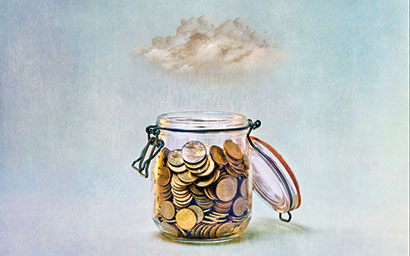 The Pensions Regulator’s deadline for master trust applications has passed. Ellie Duncan and Elizabeth Pfeuti ask some of the first providers to cross the line to spell out their propositions.

Communication and innovation were the key themes The Pensions Regulator (TPR) wanted to see from the UK’s existing defined contribution master trusts, which had to apply for authorisation by spring this year.

On its website, the regulator stated its demands from supervised schemes: “We expect you to be open, honest and transparent. We will expect you to engage with us proactively and volunteer information about material developments, risks and issues.”

The challenge might have been too much for some, with 44 opting to exit the market. That left just 38 to submit to TPR’s scrutiny. But while the new authorisation process may be thinning out the field, it is helping to drive up standards in the master trust market, according to experts.

“Obtaining master trust authorisation is just the first step,” says Mark Futcher, head of DC at Barnett Waddingham. “It seems likely we will continue to see increasing governance burden in a bid to raise standards further and improve member outcomes. We believe the regulator is keen to see further consolidation as they believe bigger is usually better.”

Success for asset managers – and others – in this market will increasingly depend on the power of their member communications and the innovations they bring in to improve investment outcomes. Futcher says engagement efforts by master trusts should not try to educate members on investment matters. Instead, he says: “We see providers’ engagement concentrating on the key messages of stay in, pay more in and seek help at retirement to ensure you use the pot wisely.”

L&G Mastertrust
With £7 billion (€7.8 billion) in assets, the L&G Mastertrust is the largest in the UK and has 109 participating employers. It was the second master trust to be authorised by TPR back in April.

Emma Douglas, head of DC at Legal & General Investment Management, says the aim of the authorisation process was to sort those committed to providing excellent service to members from those that may have seen it as too much of a challenge.

“The regime is tough,” she says. “The standards are high and that has clearly been a bar that a number of people in the sector have decided they are not going to meet.”

She adds: “I think it is absolutely right that the winners in the market will be the ones focused on engagement and investment because basically, if you look at member outcomes, they will depend on how much money is going in and how it performs.”

The Future World Multi-Asset Fund is one of two approved alternative default options that the L&G Mastertrust offers, in addition to its main default option.

Douglas says: “Almost every trustee meeting that I go to, or employer governance meeting, there is lots of discussion around what is happening on ESG. For us, it is quite important that we not only reflect the environmental bit – the ‘E’ of it – but we also reflect the social and governance parts of it as well.”

She says constant investment innovation is important, as “this is where the assets are likely to stay, and so it is really important within that master trust community things do not get stagnant”.

Another investment area L&G Mastertrust has been looking at is access to illiquid assets in DC, such as infrastructure. Douglas, who is a member of its investment committee, says it would be “sad for the DC industry if master trusts were not really leading the way in some of this innovation”, adding that improving outcomes for members is a big challenge.

“There is very close review of the main default and the alternative default options,” she adds. “There is also a review of all of the default options that are set up by employers under what we call shared governance. So, within the master trust, an employer can construct their own specific default fund.”

The L&G Mastertrust uses a mix of media to communicate to members across a range of employers. Indeed, it recently began sending out personalised benefit statements in video format.

“I would characterise our membership as being people who have already engaged with pensions – they’ve been enrolled in pension schemes before, so they’re not new to savings in this way,” he says.

This means when it comes to communication and engagement with employees at those firms, persistency and consistency are the aims. “Our response is to always present information to the member which is about them,” says Bird.

With regards to investment innovation though, he says members tend to be only fleetingly interested. “It is not that people couldn’t understand it, I don’t mean it [to be] in any way patronising. It is just that people have, in their view, more important things to worry about.

But, for Bird, this does not mean telling them to up their contributions. “Many people would say, ‘We want them to pay more contributions,’ but we don’t agree with that. It is probably true most of them should, but it is not for us to judge that.

“There’s a simplified benefits statement project going on in the industry generally, which is a good idea. But we don’t think that is enough, really,” he says.

Lifesight has developed a new, more interactive benefits statement, embedded in its main website, that it will start sending out in July.

“It takes [members] through a little [animated] journey… which shows them what they had at the beginning of the year in a jam jar,” says Bird. “And then adds in contributions, the investment returns, takes away charges, so they get the picture of what’s happened to them over the year.”

Salvus Master Trust
With £175 million of assets, Salvus Master Trust is the sixth or seventh-largest master trust in the UK, according to head of sales Bill Finch. The trust has submitted its authorisation application to TPR and is awaiting the outcome.

“[It was] a costly exercise for us, but we think it is worth it and we think the government was quite right to put an exercise of this nature in place, just to ensure the quality of those people operating master trusts is at the required level,” he says.

In May this year, Salvus Master Trust launched an app for its 62,000 members that provides them with a range of services, including savings modellers, tax tables and regular news feeds. “It gives members information on all aspects of their financial lives and it gives them a link to their own records via our member portal,” says Finch.

The fact that in the Salvus Master Trust, around 99.8% of money sits within the default fund indicates to Finch immediately that members are not engaged. “If people are going to engage – and we want them to because we think it helps them to appreciate what they have got and be able to understand the value of what is being paid on their behalf by the employer – you’ve got to make it simple and you’ve got to do it on their terms,” he says.

“The way people engage, not only in their financial lives but their lives in general these days, is very much online, so things like having an app are helping us to steal a march on the market in terms of how we innovate that communications piece.”

On the investment side, he says Salvus is preparing to launch a “more innovative” default fund option in early 2020. “I think it is fair to say our default is fairly vanilla, but that need not be seen as a bad thing – from the investment point of view, an automatic enrolment default has to be all things to all men,” he says. “It makes an awful lot of sense for the default in an automatic enrolment scheme to be medium risk, medium allocation.”