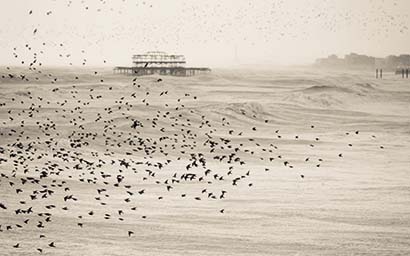 Elizabeth Pfeuti reports on developments in the at-retirement market, where the investment industry has been criticised for a lack of product development.

In March 2014, the then UK chancellor George Osborne made more changes to the UK pensions landscape in one afternoon than had been seen in decades. By removing the need to buy an annuity at the point of retirement, Osborne appeared to open a world of investment opportunity for the retiring British public.

There were just two issues he failed to tackle: the Great British and Northern Irish public are not traditionally a nation of investors – and the asset management industry was not ready.

Unlike in the US, where so-called mom and pop investors have held investment portfolios for decades, shares and bonds have long been the prevail of large institutions in the UK. Figures from the Investment Association show just £13 billion in net sales had been achieved from UK retail investors in the first three quarters of 2018 across all sectors.

Away from the Pension Freedoms headlines, many failed to realise something significant for the fund management industry. For the previous 20 years, if retirees held more than a certain amount in their pots, they had been able to reject an annuity – which often offered very poor value – and invest their money themselves. The reality is that few took up the offer.

As defined benefit pensions were the most consistent retirement scheme, few saw any upside to taking on the investment risk themselves, even if they reached the necessary threshold. Things have changed, however. The Office for National Statistics said the annual value of transfers between all types of pensions almost trebled to £34.2 billion in 2017, as savers looked to personally managed options.

Additionally, since the start of January 2017, when the number flipped to see the majority of the UK workforce enrolled in defined contribution schemes, the issue has become more acute.

While some DC schemes allow members to stay invested on their platform, others are keen to see them leave – often with no financial guidance or advice for the future. Unlike trustees and managers of DB pension funds, who had the control over investment approaches and regular updates from an actuary, those responsible for a DC scheme see too many elements and opportunities for a member to make the wrong choice and fear a financial reproach should the money run out too soon.

This is the crux of the issue as we approach the fifth anniversary of Osborne’s announcement, with an “unadvised mass market” of retirees, according to one expert, taking on the responsibility for their future income.
Instead of consulting with the fund management industry in order to replace the compulsory purchase of annuities with a range of investment options in an orderly fashion, the chancellor sprang the news on a sector. Those within it have either been scrambling to meet the challenge or sitting on the sidelines ever since.

Setting out the glidepath
Unlike the market for straightforward investment funds, just a handful of fund managers operating in the UK currently offer products specifically designed for investing through retirement. The top 10 funds cited by Hargreaves Lansdown as being the most popular for the platform’s pension clients are overwhelmingly plain retail funds.

Experts say the UK’s retiring public needs access to products termed target-date or through-retirement funds, which aim to align investment risk with the investor’s tolerance and their expected income needs. The theory is that younger retirees keep around 60% of their investment in equities, shifting into less volatile, if lower-yielding, fixed income products as a member ages and growing the assets becomes no longer a priority.

Although not a perfect fit, they are closer than the bulk of general retail investment funds that mainly force an investor to choose between growth or income without taking their personal circumstances into account.

But despite some 200 or so investment companies operating in the UK, the options for these lifestyle or situation-focused investments are so far limited.

BlackRock, Legal & General Investment Management (LGIM) and State Street Global Advisors have created offerings for those retirees sticking with a workplace platform, with Schroders recently adding a fund specifically for the period just before retirement to its range.

Others have shaped products for master trusts that seek to gather thousands of savers to take advantage of economies of scale, but this still leaves potentially millions left at the mercy of ISAs, bank accounts or even scammers.

Many consultants criticise the investment industry for a lack of innovation and sluggishness to appreciate this growing market. This echoes the calls from the Financial Conduct Authority, which is currently consulting on this topic and was critical of the slow rate of innovation by the fund management industry. The regulator wants to see an improved range of solutions and outcome-based options for new-to-the-market investors.

Lydia Fearn, head of DC at consultant Redington, suggests that while fund managers have always catered for the richer or more sophisticated end of the investor spectrum, funding research and coming up with a solution for those with relatively small sums has not been a priority.

“Some fund managers run an old-school business model,” says Fearn. “It is hard to create a business case for something that doesn’t exist yet.”

Just £100 million has been gathered into “at retirement” funds across the UK, according to Vanguard.

Ralph Frank, head of DC at Cardano, says: “DC and automatic enrolment is still quite immature for product providers to start speculating. Is their book of business going to get large enough to justify the cost of coming up with something?”

At the end of 2017, some 81% of all pension assets in the UK were held in DB schemes, according to Willis Towers Watson. It is clear where the buying power still lies. However, the vast majority of these schemes are now closed to both new members and accrual, meaning the balance should start to tip in favour of DC – especially as the level of member contributions is set to go up at the start of 2019 – but it will not happen overnight.

For Will Aitken, director in Deloitte’s total reward and benefits unit, the industry is still “too early in the experiment” to see any real progress.

“At the moment, the size of these pots makes sense for people to take them as cash,” says Aitken. “It is not going to make sense for fund managers [to create products and solutions] until they see a critical mass of money in DC.”

Additionally, without a certain steer from the regulator over the terminology that can be used around “income”, “guarantee” and “flightpath”, many are concerned they might be hit with a(nother) mis-selling scandal.

“Fund managers want to know what is in it for them,” Aitken adds. “Drawdown funds are not covered by the charge cap, but if an investor is used to paying a couple of basis points before retirement then sees the fees rise, it might look odd. It should not be a barrier to either investing in these products or creating them, but it is. Many managers are waiting until drawdown becomes a reality rather than retirees just taking cash.”

US imports
Vanguard, the US investment giant, has imported some experience of a drawdown reality from its home market and launched a series of funds for recent UK retirees. Will Allport, senior retirement strategist at the company, says that instead of ensuring each investor had an exact tailoring to their income requirements, which would be labour-intensive and costly, “in the past ten to 12 years, there has been a huge pick-up in the popularity of meeting ‘default’ needs”.

He says the market had become something of a moving target, due to the changing face of retirement, but that any fund or product must consider four elements: non-discretionary and discretionary spending, contingency reserves and any legacy for future generations or causes.

“Solutions are appropriate and needed, but they should look at investing through retirement, rather than operating on the naïve idea of a spuriously accurate point for retiring,” Allport adds.

“With our funds, it is not a case of fire and forget, but a deep, constant research process to ensure they will adapt to different circumstances.”

More of these solutions are needed, according to Niall Alexander, head of DC solutions at River and Mercantile Solutions. “Asking someone who has just retired to make an investment decision that will affect the whole rest of their life is doing it at exactly the wrong time,” he says. “People don’t make optimal decisions at 65 or at 80, when they could be considering an annuity. There is a not a huge amount of guided solutions saying ‘we will look after you’. People are left to fend for themselves.”

This is the approach taken by the master trusts that have applied to the FCA for authorisation.

Smart Pension has partnered with LGIM to create a range of options for its members to choose from at retirement.

Darren Philp, head of policy at Smart Pension, says savers have just one chance to get it right – and many, put off by the complexity of investing, hold their savings in cash, which is being outpaced by inflation.

For Philp, the industry needs to change its rhetoric in order to engage savers and retirees. “We should not talk about products and solutions, but talk in a way that people from outside the industry can understand,” he says. “Look at outcomes, relate them to a default pathway, then show how there can be other options.”

He says Smart Pension and LGIM want to make the process “as simple as possible” and will soon be presenting a range of options for its members.

“We do not need everyone to become an investor,” he adds. “We need to have conversations about outcomes, needs and trade-offs.”

Evolution
However, he says that as master trusts began to build up and other investors cashing out at retirement began to come through the system, there is no time to lose.

“Action is needed to start building and testing. The market will evolve over time, it cannot be too rigid, and providers will grow as they come to understand the market they are serving.”